What Is Skipping Bail?

Skipping bail is when a person posts bail but then fails to appear at their assigned court date. Typically, people skip bail to avoid prosecution or sentencing proceedings. You could even argue that skipping bail defeats the entire purpose of the bail system. When a person jumps (skips) bail, they forfeit their bond and subsequently owe the full cost of their bail. Furthermore, when you skip bail, the court will place a warrant for your arrest, and if you used a bail bonds agency like Bail Bonds Doctor, that agency might even send a bounty hunter. Basically, jumping bail is probably the worst thing you can do when it comes to the bail bonds system. So, in short, don’t jump bail. Again, it all but entirely negates the purpose of the bail system.

What is the Purpose of the Bail System?

What is the purpose of bail, you ask? Well, in short, bail allows defendants to prepare and wait for their trial from the comfort of their own home. Without the bail system, defendants would spend their pretrial period behind the bars of a local jail. That, in it of itself, flies directly in the face of the cornerstone of our criminal justice system — people are innocent until proven guilty. Bail aims to provide a solution for those held without being convicted of a crime.

What Happens When You Skip Bail?

If you decide to skip bail, then you can expect any number of the following things to happen to you:

Is Jumping Bail a Crime?

In short, yes, skipping bail is a crime. In fact, in several states, jumping bail is a full-blown felony! However, jumping bail is a separate crime from “any offenses that were the original focus of the court hearing” (LegalMatch). Moreover, skipping or jumping bail will most likely wind up costing you much more time and money than if you’d showed up for your assigned court date.

What Can Bail Bonds Doctor Do If You Jump Bail?

If you worked with us here at Bail Bonds Doctor, then we covered the cost of your bail under the condition that you appear at all your assigned court dates. If you don’t show up, the court will notify us of your delinquency, and your bond is then in default. After that, we have a certain number of days to get you into court.

To get you into court, we may employ a bounty hunter. To learn more about bounty hunters and what they do for the bail bonds industry, check out our blog post on them here.

What If The Person You Bailed Out Skips Bail?

If you bailed someone out and they subsequently jumped or skipped bail, then you’re at risk of losing your collateral and bond payment. That’s right, even if you bail someone else out, you’re responsible for their court appearance. After all, by bailing them out, you vouched for their trustworthiness. Don’t bail someone out if you’re afraid they’ll skip or jump bail. The risk is just not worth the reward.

Now, we understand that all this talk about the punishments and consequences for skipping bail can put you off the bail industry altogether. However, don’t let this kind of stuff scare you away from bail bonds agencies like us here at Bail Bonds Doctor. Without the bail industry, most people wouldn’t be able to afford bail in the first place. So, if you need help with bail or wish to learn even more about the consequences of skipping bail, then contact us right away. We’re always standing by to help!

A new, no-bail alternative program was introduced to Minneapolis. Called the Minnesota Freedom fund, the alternative program seeks to pair social workers with those charged with low-level crimes and offenses. It also aims to help see that they show up in court. Currently, lower-income individuals wind up spending their pretrial period behind bars, something that directly flies in the face of our nation’s “Presumption of Innocence.” Additionally, keeping these low-income individuals behind bars costs the state and city over $140 dollars a day. In other words, the current system literally “extracting wealth from communities” (Tonja Honsey, Executive Director of the Minnesota Freedom Fund).

What is the Proposed Alternative?

The proposed alternative to the existing cash bail system for low-income pretrial prisoners is known as the Minnesota Freedom Fund. The fund aims to provide incarcerated, low-income individuals with the monies needed to secure bail. While yes, bail bond companies already do some to mitigate the problem, even bail bonds are often out of reach for several defendants. The  Fund aims to help put the right to bail within reach of these lower-income and impoverished defendants.

Will The City Council Approve the Minnesota Freedom Fund?

Cash bail reform was on the docket for the city council last session, but the legislation stalled and never came to fruition. Currently, the Minnesota Freedom Fund legislature is slated for review and consideration during the next session. For the fund to function as intended, the city council must reach a decision before January. Otherwise, the fund will have to wait an entire year to see any change. In other words, the budget still needs approval for the fund to come to fruition.

According to the Office of Traffic Safety, Governor Tim Walz signed a hands-free phone bill in Minnesota on April 12 that went into effect August 1, 2019. Minnesota is the next in a long line of states to ban mobile phone use while operating a motor vehicle. However, many people find themselves confused as to exactly when they are and are not allowed to use their phones while behind the wheel. To help mitigate some of that confusion, let’s break the bill down in detail.

What Types of Mobile Phone Use are Permitted?

The new hands-free law allows drivers to use their phones to make calls, texts, ask for directions and listen to music. However, you must only do so using voice or single-action commands. Any action that requires you to press more than a single button on your phone is no longer permitted.

You may also use your phone to secure emergency services, if there is an immediate threat to your life or safety, or when in an authorized emergency vehicle and performing official and authorized duties.

What Types of Cell Phone Use are No Longer Permitted Under the New Bill?

Drivers may not hold their phone in their hand. They must also abstain from video calling, live-streaming, Snapchat messaging, gaming, looking at video or photos stored on the device, using non-navigation apps, reading texts, typing or scrolling.

What About Other Mobile Devices?

It’s the 21st century, and it’s highly likely that you have more than one mobile smart device. Here’s what the new law says about other types of mobile devices:

Penalties for Breaking the Hands-Free Law

There are definitely penalties for breaking this new hands-free mobile device law. The first time you’re caught, you’ll be fined $50 plus court fees. Further offenses will cost you $275 plus court fees each.

How to Go Hands-Free

There are several different steps you can take to go hands-free. Some of those things include:

If you have any questions regarding the new hands-free law in Minnesota, then the expert bondsmen here at The Bail Bonds Doctor, Inc. are always standing by to help. Give us a call today

Bail companies in Minnesota have had a problem with underhanded, dishonest and amoral business practices in the last few years. These kinds of behaviors have prompted the Minnesota Commerce Department to issue new restrictions and regulations regarding the business practices of bail bonds providers in the area. Here at The Bail Bonds Doctor, we pride ourselves in living up to the standards set, and we are always standing by to provide you with the bonds assistance you deserve and desire.

Bail bond providers in the state of Minnesota must now file rates for bonds and follow documenting procedures designed to prevent kickback schemes and other dishonest business practices. Bail companies are also required to undrego an annual audit to ensure that they are working under the letter of the law. These new regulations also include a list of prohibited actions such as:

Our professional bondsmen here at The Bail Bonds Doctor are always committed to fair and honest bail bonds business practices. Because of our stellar customer service, and friendly staff, we have been the go-to bail bonds company in the area for years. We come highly recommended by our clients and we guarantee that we will live up to these new standards and rules regarding fair and ethical business practices. So if you need help with bail of any kind, then please do not hesitate to give us and our bondsmen a call or to fill out the form on right side of the page. 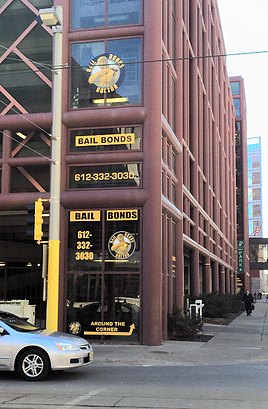 Bail Bonds – Not for Europe? 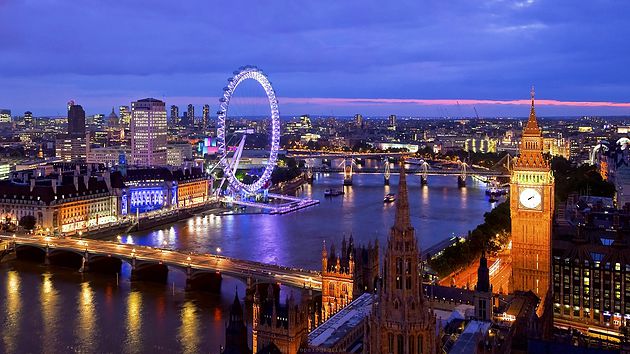 Just one more reason to love the US of A — we have bail bonds!

It was a fascinating topic to the Europeans I met recently while in London. They were confused – intruiged – and amazed! It’s strange to think there’s no similar option for those caught up in a bad situation “across the pond”.

Bail Bonds Doctor is proud to present our newest office in Shakopee MN to service Scott County Jail and Carver County Jail. Mike Neill will be manning the office to help clients in need of bail bonds in the southwest metro. The address is 100 S. Fuller St., Suite 120, Shakopee MN 55379. The office is extremely convenient for clients – located on the same street as the jail and government center. Stop by and say hello!

Aaron Schwinn is a top consultant in the bail bonds industry. Listen as he explains the process.